The works on this compilation are pieces I wrote before or during college. The String Quartet is pretty much an embarrassing rip-off of Dmitri Shostakovich’s Quartet for Strings No. 8, and the second movement is a movie soundtrack owing far too much to Samuel Barber. It’s youthful — that’s the most charitable description I can muster. I did write it before my first semester of college, so for a work by a high school graduate, it’s not a bad effort.

Palomino started out as a choral work, recasting the lyrics of Duran Duran’s “Palomino”, a track off the album Big Thing. I love Duran Duran, but I really, really hate that song. I wanted to see what would happen if I worked with something I didn’t like. Somehow, I managed to quote another Duran Duran song, “Winter Marches On.”

Three Prayers in Irish Gaelic is also meant to be a vocal work, but since I don’t know how to speak Irish, I arranged it for a cello trio instead. It’s probably the most mature work out of the bunch. 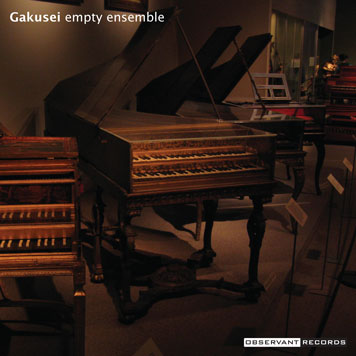 Get the news about the latest releases and events, including subscriber exclusives.